“The Procedure Had An Almost Instantaneous Effect On My Heartbeat”

A viral infection left Julie Thomas suffering with an irregular heartbeat. State-of-the-art technology at Imperial Private Healthcare meant that her consultant could effectively identify and pinpoint the root cause of her problem before surgery had even occurred. 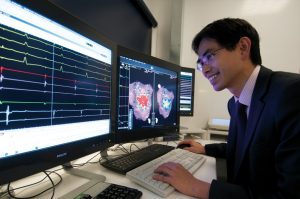 “Ihave always been really fit – I have been a club runner for years, participated in six marathons and never had a serious illness, so when I started noticing I had an irregular heartbeat about a year ago, it began to concern me. I would feel my heart racing one minute, and then in the next moment it would feel very slow.

To start with the problem was intermittent and would correct itself quickly, but over time it got progressively worse. After tests, my GP diagnosed that I had had a virus which had affected my heart. He then recommended that I saw the specialist cardiac team at Imperial Private Healthcare. 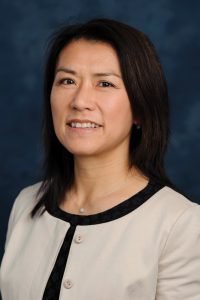 My initial consultation was with Dr Ramzi Khamis, who identified that my heart itself was robust but I essentially had a problem with the ‘electrical circuit’, which was causing the irregular heartbeat. The first course of action was to try medication which is often the most effective treatment, but in my case this didn’t help me. He then suggested that I was seen by his fellow consultant, Dr P Boon Lim, who is an expert in minimally invasive heart ablation. This is a procedure which scars or destroys the tissue in the heart that is allowing incorrect electrical signals to fire. By destroying the connection, the heart rate can return to normal.

A CLOSE-KNIT TEAM
The team at Imperial Private Healthcare all work very closely together, so I was more than happy to be referred on to the right expert.

Dr Boon Lim suggested I tried out a new diagnostic “vest”, which would help to pinpoint the exact root of the misfirings in my heart. In preparation for my procedure I had to wear something like a waistcoat while I was worked really hard on a treadmill. This vest has multiple electrodes which monitored every electrical impulse. The vest created enormous amounts of data about my heart rhythm. It was a huge team effort, as this was reviewed not only by my consultant, but also data analysts, software engineers and other members of the team. The results gave a really accurate picture of where my problems lay.

REASSURING SUPPORT
I was then prepared for my procedure. Although I had a local anaesthetic, I was conscious throughout the whole process, as this apparently leads to the best outcomes. I have to say that I found the most uncomfortable part to be the anaesthetic itself, although it is an odd sensation to be aware of everything around you. The team were wonderful though. They constantly reassured me and we even had a few jokes along the way. I would have been much more nervous without their support. I also do a lot of yoga and I found that breathing exercises were really helpful.

I found it fascinating to be able to see the monitors around me and hear the team as they discussed what needed to be done. I was still wearing the vest, and this was used to assess whether the ablation was working effectively. The whole procedure was complete within an afternoon, and in normal circumstances I would have been discharged within the day, although I did have a slight complication which meant I needed an extra day in the hospital.

INSTANT RESULTS
The procedure had an almost instantaneous effect on my heartbeat, and I would say I was pretty much back to normal within weeks. I would give this piece of advice to others – although this type of procedure is considered straightforward, as a patient you need to recognize that you are in a weakened state, so self-care afterwards is really important. It is vital that you give yourself time to recover and don’t try and do everything straight away. I am feeling much better now, and I am working towards running again very soon.

I would absolutely recommend Dr Lim and his team to anyone with a similar problem. As well as being experts in what they do, I also found that everyone took the time to explain what was happening to me, and kept me involved at every stage. I have never had medical care quite like it. It was the balance of professionalism and the holistic nature of my care that made this experience so positive.”

“What a pleasure to be able to meet Julie and help her with her ectopic heartbeat. We offered her the opportunity to be the first to try the latest version of the Cardioinsight multi-electrode vest (Medtronic) which has 252 electrodes that fastened like a waistcoat onto her body. Before she even got into the operating catheter laboratory we were able to effectively identify and pinpoint the location of her problem. This allowed us to deliver rapid and effective treatment to precisely target the area of the heart causing the problem.

Our team has a strong research background which has led to excellent relationships with industry, and we are fortunate to be able to use state-of-the-art technologies to help improve the outcomes in our patients.”